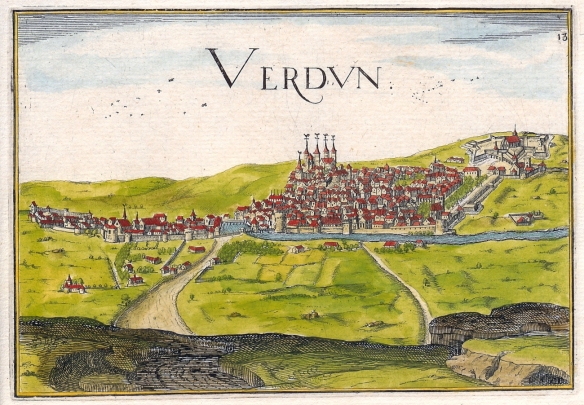 Georges-Michel sat in his recliner, a photo album on a mobile reading table with a little girl on his knee.  The room wasn’t very big and two of the walls were nearly covered with books, there was a large window that looked out onto a well-kept garden.

The little girl, Babette, with her long light brown braided hair and smiling intelligent eyes, was around 6 years old. The elderly gentleman, her great-grandfather who was closer to 80 than 70, had pure white hair and an adoring smile that peeked through his white beard.

“Is that you Grand-père?” she pointed to a young man in uniform.

The little girl looked at the photo in awe.

“Ah no, my little cupcake.  He’s not old, he’s with the angels and of this I’m sure, he was the best grand-père in the world!”

“Ah no Grand-père.  Of that I’m sure you’re very wrong!  You’re the very best grand-père in the world!” she said and planted a kiss on his white beard. “I want to hear all about my great great great grand-père! Will you tell me about him?”

Jean-Claude was born in 1896 in the south of France.  His mother and father had been teachers. When the war began he’d enlisted wanting to save his country from the invading German army.  He’d been in the terrible battle of Verdun and refused to say even a word about it.

He’d married his childhood sweetheart, Marie-Claire once the war was over and had had a son and a daughter.  His son, who had married young, had left for the war in 1943, never to return, his daughter-in-law died giving birth to Jean-Marie who was Georges-Michel’s father.

Jean-Claude had been an active man up into his mid nineties.  When his wife had died (he’d been 82 at the time) he’d decided to move into an old folk’s village so that he was sure not to be a burden to his grand-children, although they’d protested.

Georges-Michel had always loved visiting with his great-grandfather.  The old man would tell him stories about knights and sometimes about the world before automobiles and airplanes. And even as a teenager he continued to do so.

Up until a couple of months before he passed away he’d been perfectly lucid, his memory as bright as a new penny.  The first signs that something might have been going wrong was when his great-grandson came to visit one day and he had said: “Et voila, mon petit chou, how’s your day been today Jean-Marie?”

Georges-Michel took his grandfather’s cheeks between his hands and gave him a kiss and said:

The old man had looked into the young man’s eyes and smiled.

Two weeks before he died, he had a massive stroke.  He was paralyzed but his eyes were still intelligent and he could sometimes get his mouth to smile and say a word or two.  It’d been sad to see such a vital soul trapped inside a body that had become a prison.

The night he died there was a terrible storm.  Georges-Michel was taking his turn sitting with his great-grandfather.  The sky was a constant flash of light … the thunder a continuous rumble as the sound echoed back and forth between the mountains.

Behind those eyes, where Georges-Michel could not see, stalked a memory.  The horror known as Verdun.

What once had been hilly green fields had become miles of trenches, which in the rain became muddy vermin filled pits of death.  Separating the trenches was the burnt out nightmarish stretch of land covered in barbed wire, pock-marked where mortar shells had expoded, known as “no man’s land”.  It seemed like a circle from Dante’s ‘Inferno’.  Here and there a corpse, rotting, hung on the barbed wire.

Jean-Claude’s eyes saw the night being lit up by flares  … heard the explosion of cannons, mortar and gunfire.  Men were being blown up, once again, bits of them flung against the horror that was Verdun.

Georges-Michel took his grandfather’s hand, with the other carressed his cheek, turning those horror filled eyes towards him.

“Grand-père, it’s me, Georges-Michel.”  he said it softly with a caressing smile in his voice.

The old man looked into his grandson’s eyes.

“Ah … and so it is mon petit chou.”  He smiled, sighed in peace, closed his eyes and was gone.