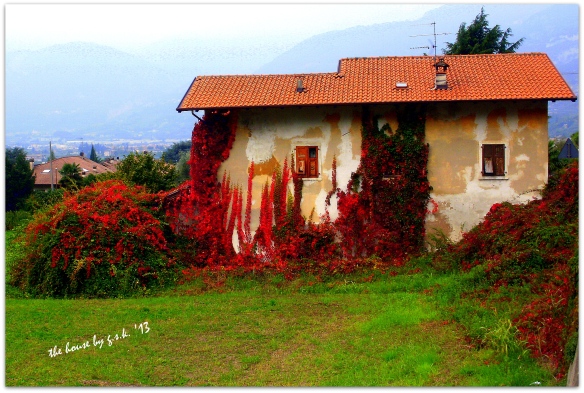 I was talking to a friend recently and we couldn’t help but comment on the strange phenomenon in cyberspace.  Well, more than cyberspace.   The list of people from Charles Yallowitz from the Legends of Windemere fame ( he recently had to recover all his data – I’m not sure what the problem was) to my friend Jen from Blog it or Lose it! who keeps getting BOD on her computer, dear Oliana from Traces of the Soul … who’s reduced to blogging from McDonald’s on to my sister, her computer died just a couple of days before my old mother board bit the dust … all point to a strange linking of nasties running through the cyber lines.

I went over the Akashic Library the other day to enquire.  Bastet and Sekhmet talked about Loki and the kami running amok.  However they also said there were “other” forces at work.

I decided to call on my dear friend, Crystal Payne.

Crystal lives not far from my house in what could pass for a wrecked hovel, until you get on the inside.  It’s one of the most interesting houses I’ve ever been in!  I’ve known Crystal all my life … and to think she doesn’t look a day over twenty-two, with her neat figure, jet black hair and smooth skin … I’m sometimes envious when I look in my mirror and see the almost elderly, dumpy lady of sixty-two looking back at me.

She “owns” a black cat.  His name is Caesar, and he’s as imperious as the original Julius.  He’s large and sleek – looks like a miniature panther in fact.  He also happens to be telepathic, at least he is with Crystal and all forms of spirits. They were born on the same day.  He’s from a long line of cats from the race known as “familiar familial” … in the middle ages the name was cut down to familiars – witch’s cats also was also another name used to refer to them.

“Hello Crystal, how’s it going lately.” I said as I entered her front door.

“Not bad actually.  There’s been a lot of work lately due to some pesky poltergeist.  They seem to be having a ball wrecking people’s computers.”

“Really! What a coincidence.  That’s exactly what I wanted to talk to you about. You’ve been aware that there’s a lot of computers blowing lately and not just here in our town.  It seems to be a world-wide phenomenon!”

“Well, it’s a fact that Loki and the kami are having a fling now but there’s also a group of organized disgruntled poltergeist at work on their own. There are a lot of problems involved. By the way, you know there is no such thing as a coincidence, right?”

“Hmmm. Yes, I read that in a book by a certain Redfield I think it was.”

“Ah yes, him. Anyway he got that right.  Everything in one way or another is linked together.  Seems that due to solar storms and a conjunction of the outer planets not to speak about moving ever more deeply into the age of Aquarius, there are many forces colliding at the moment.  I keep getting called on by the spirits to help their humans out of one cyber mess after another.  I’m really very overworked and am thinking of giving my sister a call to give a hand.”  Actually she didn’t look at all stressed but on the other hand she never did.

“Here, let me get my kit and we’ll go over to your house and try to rid you of the mites.”

I wasn’t surprised that she’d understood at once that I too was in need of one of her special visits.

Before entering my house she lit one of her famous camomile candles and Caesar meowed loudly at one of the local kitties.  I opened the door and we went up the stairs. Once in the living-room she handed me some leaves and told me to make some tea.

An elderly spirit came walking up the stairs much to my surprise.  I hadn’t realized the house was haunted!

“Ciao Giuseppina!” Crystal said to the lady dressed in the typical garb of a 17th century Italian peasant.

“You mean about the light bulbs burning out and the compter stuff blowing up?”

Over the past few days my light in the refrigerator mysterious went out for a couple of hours coming back on just as mysteriously and light bulbs kept needing to be changed as well as all the other problems with my computer and router.

“Well, seems there are some youngsters around that are not happy.  You know what that can do to the atmosphere.  It’d be best to just do a general exorcism here.  Those poltergeist will not go away otherwise.”

“Get off it you old bat!” said a juvenile voice and up popped a vague shimmering spirit of around fourteen.  Not a ghost though, they are more concrete.

The poltergeist sat down on the couch and began to pet Caesar.  He purred and the spirit seemed to become more serene. We all had some of Crystal’s heavenly tea, she furnished special cups from her kit for the spirits.  The poltergeist sat talking about all the woes of her human, which were many.  It’s a sign of the times in this bad world-wide conjuction of economical depression.  She then apologized to me for creating so much havoc over the past few weeks. Then she just faded away.

“Well, she’s gotten it out of her system for the moment. I don’t think she’ll come back here, but your neighbors may still have some problems.”  Crystal said.

I thanked her for coming over and we fixed an appointment for a barbecue next Sunday.  I was feeling relieved to know that my house would be problem free … at least for the moment.

Written for Jen … she asked if I couldn’t call Crystal in to see about the jinx that has been hounding my house over the past two weeks.