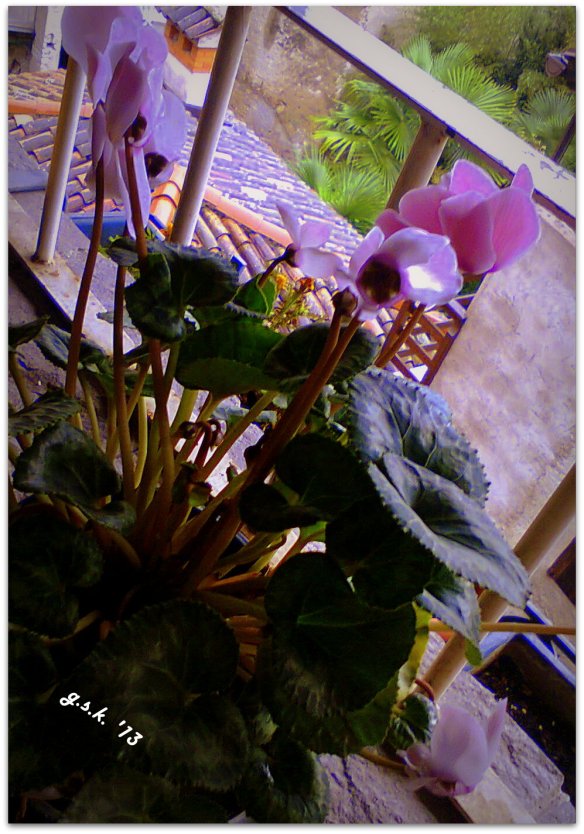 Yesterday I looked closely at a planter on my loggia where once a glorious cyclamen bloomed all winter long.  Spring came and the plant seemingly began to die.  The flowers were the first to drop off and then the leaves began to dry up … in a few short weeks there was nothing more than a withered dead thing.

I’d usually have pitched the plant but for some reason I didn’t. I put it in a shaded area of my loggia and just for the hell of it, a couple of days ago, I dumped some water on it.  I was so surprised yesterday to see that the plant has begun to sprout shoots!

Nature is such a miracle to me.  I’ve seen my mint do something similar several times.  It’ll seem all dried up and dead and then with a little water, boom, a whole mess of mint will start growing.  It’s like a resurrection. 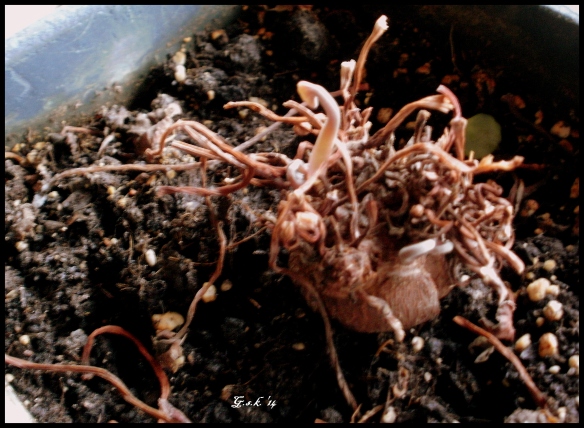 what is life …
it sprouts from seeming death
year after year
the land show us miracles
as each season proceeds
one into another
there’s the poetry
the wonder, the awe
each moment
just happens …
no manager can plan
the miracle of life
the first flowers …
ripening fruit on the plants
the slow death of a tree in autumn
its resurrection in spring …
what is life ….