I remember when the garage opened in 1966 and grew up walking past The Michelin Man every morning going to school.

Years later, when my son Harry was little, he’d squeal with delight when he’d see that vision from outer space.

The place grew older and shabbier. The proprietor went into retirement leaving the garage to his eldest. George-Michael didn’t have his heart in the business, he’d wanted to be a singer.  It wasn’t a surprise when he decided to close the doors  mentioning the economic crisis. 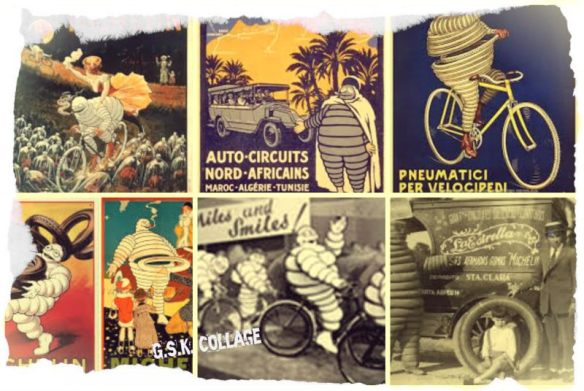 I remember seeing the Michelin Man the first day I arrived in Italy, somewhere in Milan going from the airport to the train station. Over the years, his image, on television and in garages gradually changed. From a stout old debauchee with a cigar in his mouth advertising bicycle tires, he’s became a streaking slim white (young) outer-space sort of person advertising automobile tires. Gone is the cigar too .. no longer socially acceptable 😉