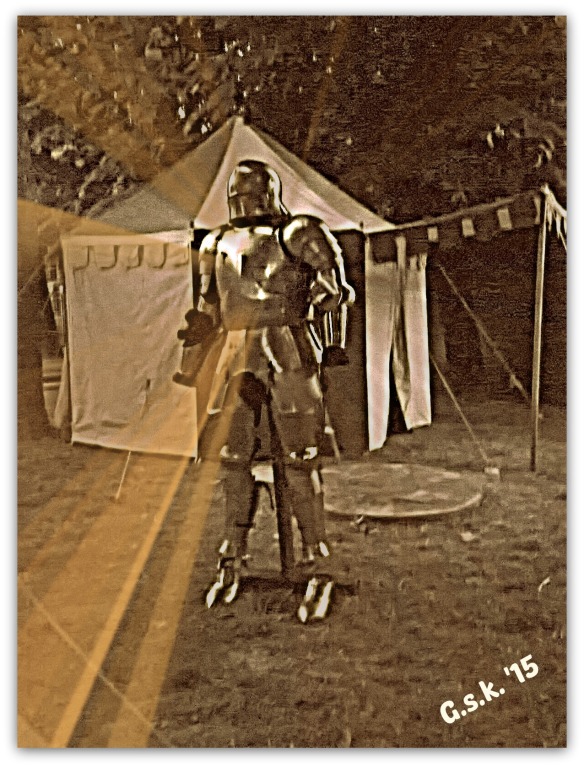 The King and his court were travelling through the countryside, those last days of spring and the sweet perfume of flowers filled the air, the bees happily hummed among the fruit trees and all seemed well with the world.

The young page would soon become a knight.  He’d started at the very bottom as Ser Keith’s boy and had become expert in armoury.  His Master was a good soul and taught young William all he knew even insisting that he sit in on the mage’s and the priest’s lessons as well so that he might know the ways of the sainted and profane.  Now at 24, and 12 year’s of apprenticeship, the day of his investiture was near.

Standing under the moonlight he looked at his armour, given to him by his now dead Grandfather.  A light began to shimmer and blaze into the evening coolness.  At first William thought that he was being tricked by the Lady Moon reflecting off his armour but then he heard a voice like a deep echo in the wind:

“Walk bravely dear William, it is now your duty to do great deeds!”

Thus a new hero was born.