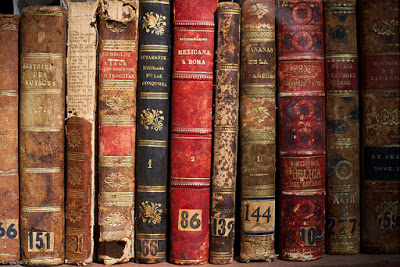 The smell of books

Haiku has several rules, to many to speak about here, but I will give you, dear reader, the most important rules for haiku:

The syllable count: 5-7-5
This is the most important rule and this is what makes haiku a haiku.

The inspiration source:A haiku is inspired by a short moment. This short moment is as short as the sound of a pebble thrown in water. Say ‘one heart beat’ short. (You can say haiku is a ‘aha-erlebnis’).

The season word (kigo)
To place the haiku in a specific season the classical Japanese poets used ‘kigo’ or season words. These are words that refer to a season e.g. tulips (Spring); sunbathing (Summer), colored leaves (Autumn) and snow (Winter).

a lonely flower
my companion for one night –
the indigo sky

When I ‘interchange’ the first and third sentence:

the indigo sky –
my companion for one night
a lonely flower

Through interchanging the both sentences the image of the haiku didn’t change.

Cutting word (kireji)The so-called ‘cutting word’ or ‘kireji’ was mostly a ‘-‘ as I have used in the above given haiku and it means ‘here ends the line’ or ‘a break in the line’. The ‘-‘ may be counted as a syllable.