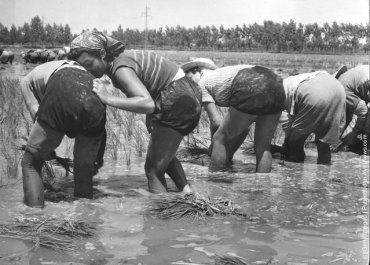 the woman moves
through the endless furrows
under the pulsing sun

rolling the grass
powerless the seeds fall
into the rice bags