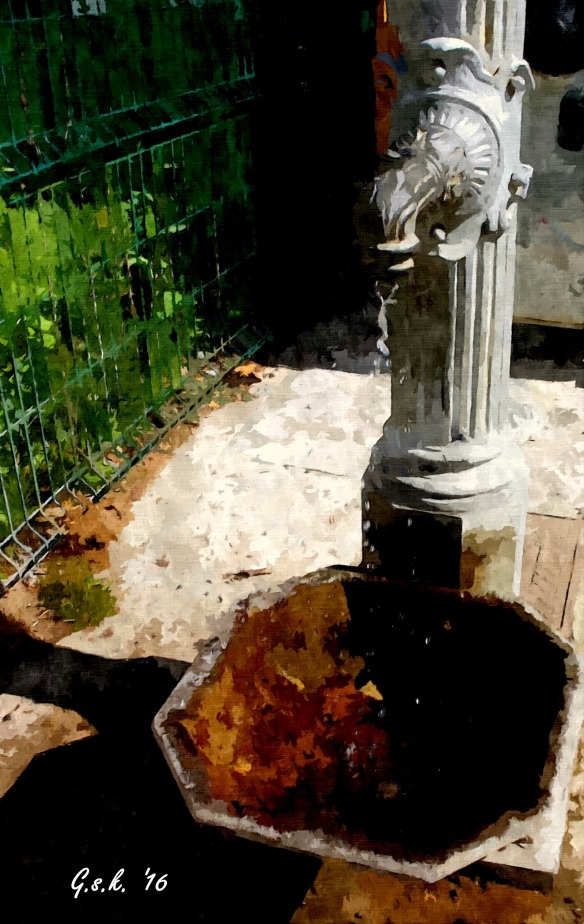 days and nights pass, tumbling by
(even the fountain will grow dry)
all some day will pass through that door
where none can see the river roar

human endeavours, often fine
fall to decay as they decline
then war blossoms from hates of yore
’cause none can see the river roar

neglected fountain by the road
once a marvel – fresh water flowed
quenching the thirst of rich and poor
but now, none see the river roar

“It seems to me what is called for is an exquisite balance between two conflicting needs: the most skeptical scrutiny of all hypotheses that are served up to us and at the same time a great openness to new ideas. ”
― Carl Sagan

Openness is an overarching concept or philosophy that is characterized by an emphasis on transparency and free, unrestricted access to knowledge and information, as well as collaborative or cooperative management and decision-making rather than a central authority. Openness can be said to be the opposite of secrecy.