I began to create Shashin no Uta back in September of 2014.  The first time I came across the idea, it was called Wordless Haiku by the Blog administrator of Ronovan Writes … later thanks to Jen Rosenberry from Blog it or Lose it! the name changed to Photoku.  After a while she took over the prompts for the “photoku” finally deciding to discontinue for lack of time … but she did suggest to me this lovely name in Japanese: Shashin no Uta  写真 の 歌 – Photographic song.

What I’m posting here are in the order of when I first published to present day.

I like to see how the genre evolved from a chaotic collage, I was trying to work the collage out as though it were a rebus – so practically a picture for a word, then I decided to work towards pictures for each phrase until at last I worked out that the best way, for me of course, was to use one photo for each line … and then the photoku began to become a “photographic song” indeed (it’s interesting to note that I actually did a full circle … as my first “photoku” indeed was composed of just three photos … one for each phrase in a haiku!).

near autumn vineyards
among wild Passiflora
a stink bug visits 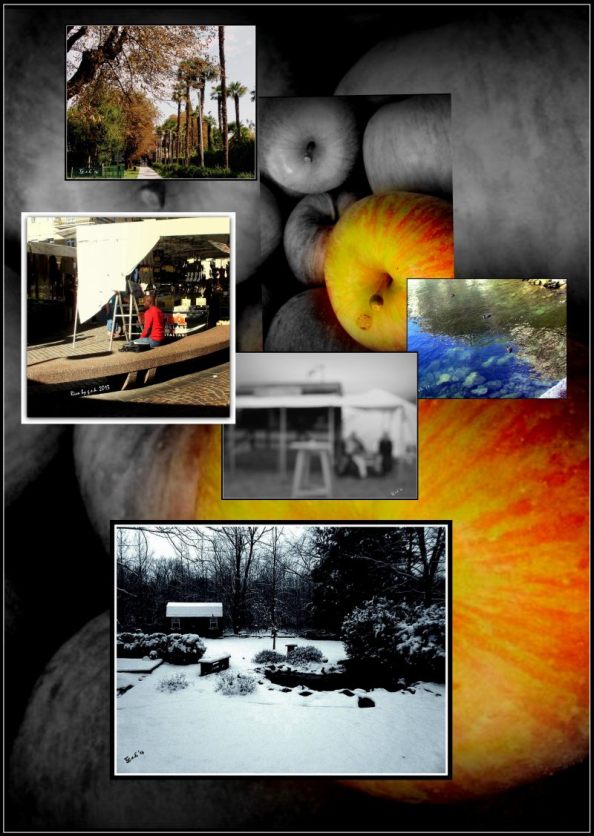 [Strangely enough, I’ve got the full draft of this Shashin-no-uta over at my photo-blog … Through the eye of Bastet …]

This is in my editor … dated September 22, but was never posted: 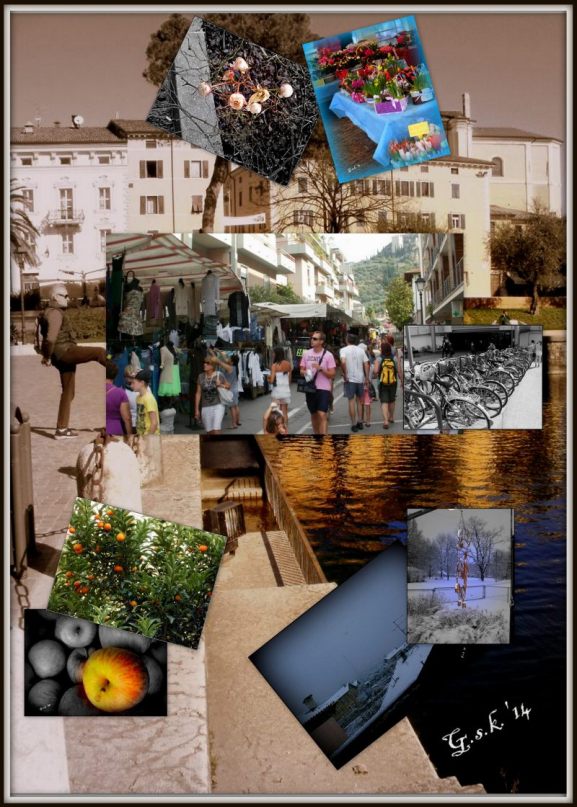 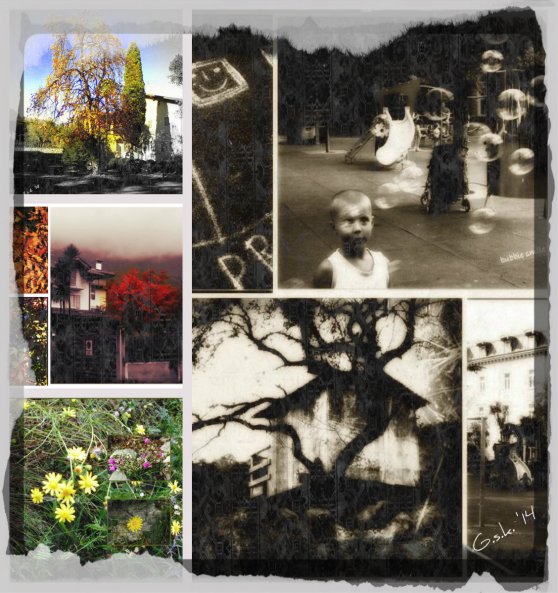 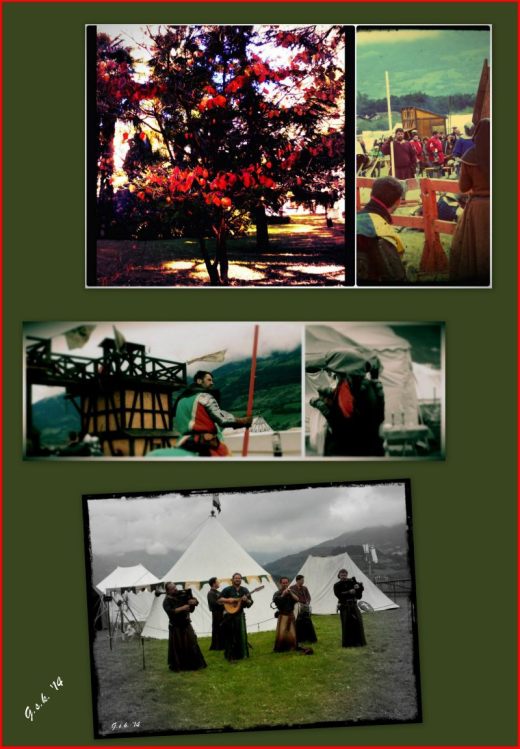 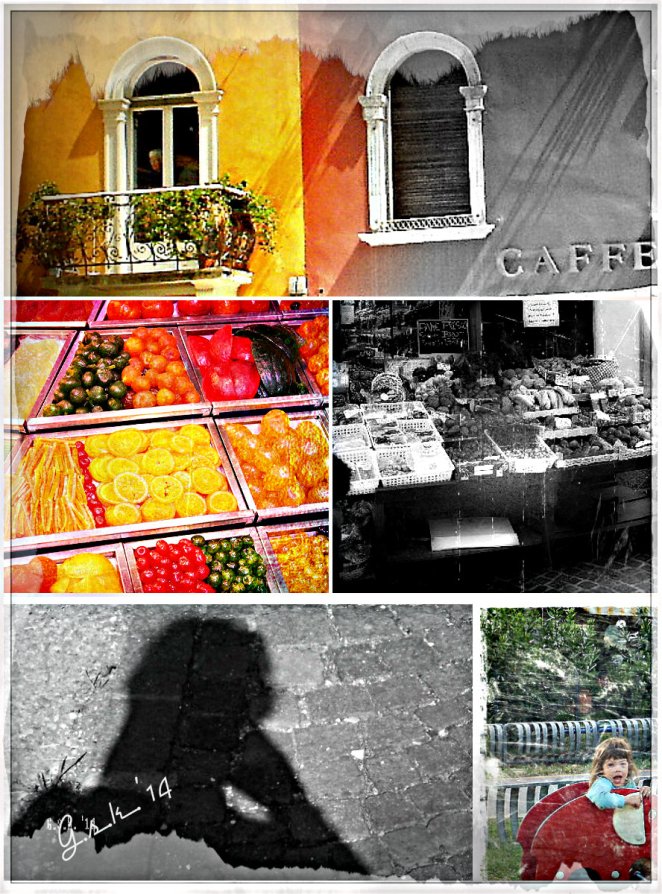 she dreams in autumn
remembering candied fruit
shadows of childhood

moon in the heavens
climbs over the baita*
frosty morning 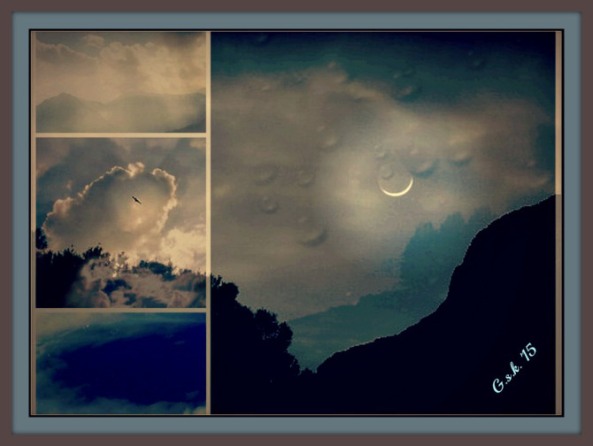 the crack of dawn
ripples through infinity
changing times 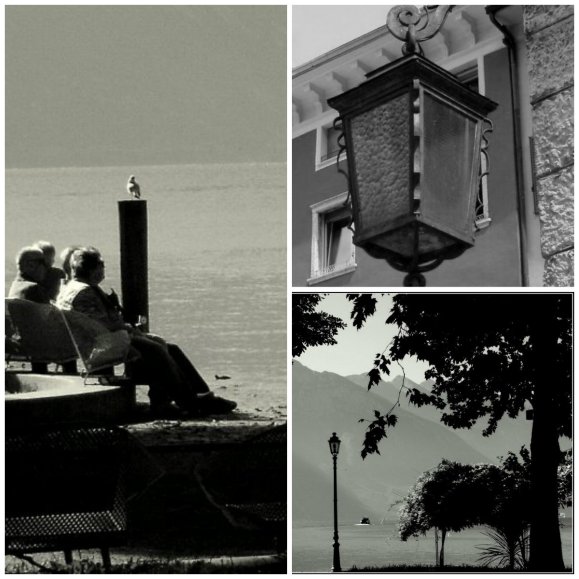 watching and observed
an old lantern in the port
autumn morning